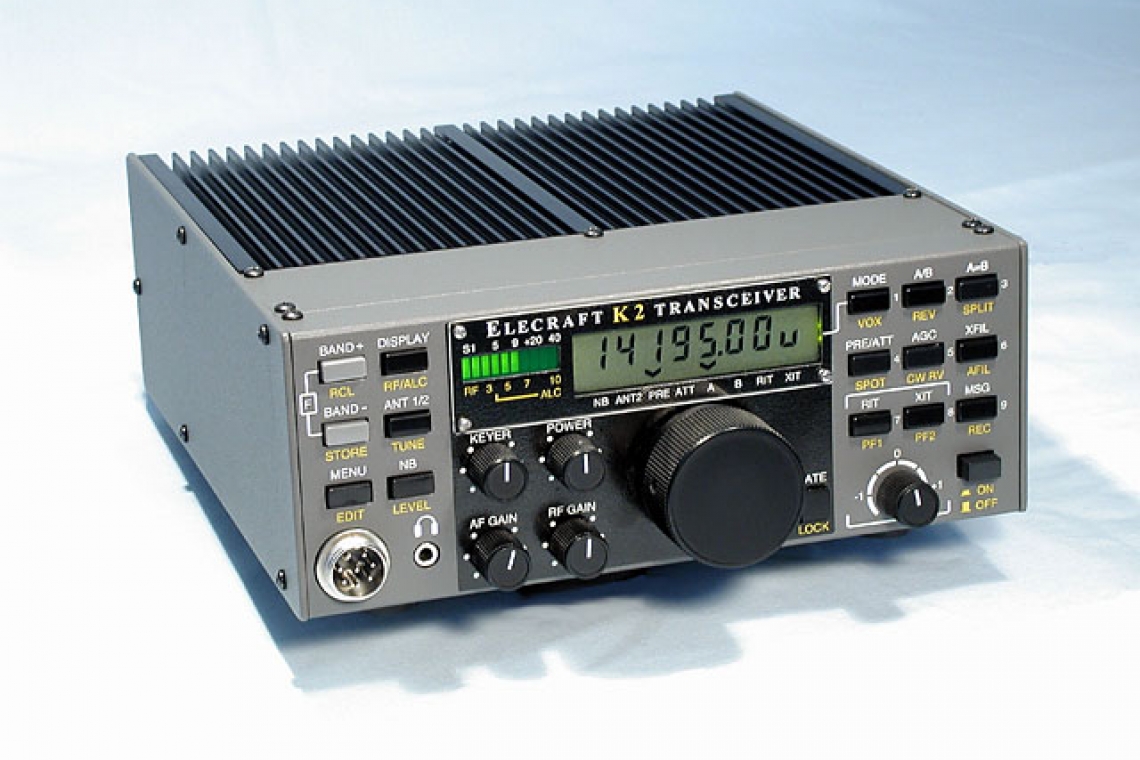 Welcome to my blog.  On this page I will chronicle my Ham Radio adventures, such as they are.  Currently, the primary purpose of this page is to share my efforts to build a fully loaded Elecraft K2 QRP rig.

Bio/background:  First a word or two about the operator.....I was introduced to Ham Radio by my father, K2AJV(SK) at an early age.  In fact, I attended my first Field Day at the age of 7, and it was that event which hooked me on Ham Radio.  I obtained my novice license at the age of 16 in 1977.  By 1979 I had my General.  There I remain, though I aspire someday soon to get my Extra.  Even before I got my ticket, I had built (though very poorly) a Heathkit HW-7 and an HW-8.  Kit building was in my blood.   After a number of years, and with improved patience and skill, I built a Heathkit HW-5400, which replaced a Ten-Tec Century 21 as my primary HF rig.  I never did have much luck with QTH's being favorable to the hobby.  I bounced from one RF hole to another.  Even my present QTH in Boonton, NJ is not ideal.  I was on the air over the years sporadically, frequently frustrated by a general lack of ability to get my signal out beyond the borders of the State.  In time, I was able to afford a top flight rig.  The Yaesu FT-1000MP had been recently introduced, and I had to have it.  So, the HW-5400, which was getting a little PLL shaky anyway, was retired (I will never sell it).  Then I bought my house here in Boonton, and the Yaesu stayed in the box while I launched a highly ambitious top-to-bottom overhaul of this old house.  For the next 10 years, my only HF operating was at Field Day (usually using said FT-1000MP), and VHF/UHF.

Along the way, when I naively thought I was nearing completion on the house, I decided (with some goading from Brian, KF2HC) to buy an Elecraft K2 as my reward for being H/F deprived all these years.  So I purchased K2 SN#353.  I promised myself that I would not build the K2 until the house was finished.  Well, after 4 more years, the house is finished.  Time for a different kind of construction project!

During the past year, a group of local hams had come together and through much thought had come to the conclusion that there is a need for another radio club to support the many Hams in the West Ess.ex area. It was recognized by this group that the Amateur Radio contains many facets and any one ham may only be interested in a narrow area of the hobby. The need for an amateur radio club which does not focus on any one area but supports the enjoyment of all the facets of the hobby exists. As a result, the group joined together and sought out a location which was large enough and would be supported by the local community to house a radio club. The town of Essex Fells offered the use of a meeting hall with a large working fireplace on the second floor of their Service Building. This hall will support a meeting of over 80 members and has an area which provides a secure place for the club's radio equipment.

We are already into the winter season and the time seems to be going faster and faster. WEARC is doing well and thriving. The club had and outstanding Field Day and I want to thank our Chopper Brian, KF2HC, and every one who participated in the first annual WEARC Field Day event. We had a great weekend, and even though we ended up short in the CW tent with Joe, W02X, being sick, the placement which WEARC made in the competition was exceptional. I am confident that with Joe back into action, we will even do better in the next Field Day. The Field Day Friday night social turned out to be another fun time with all the members and guests. By everyone pitching in with various dishes it turned out to be a well organized and relatively easy affair to run. This Field Day Social will also become an annual part of the WEARC Field Day contest event. The details of Field Day can be found further in this newsletter.

The year has sure flown by! As I look back over where we came from, I am amazed at what has transpired in less than a year; An idea, a new club, a great location, and a fantastic nucleus of dedicated members and friends who have truly embodied the spirit of amateur radio. We now have a "shack" complete with an HF station and a computer. We also have several community events under our belts such as "First Night", the "Wellness Walk" and in June- Field Day. We became ARRL affiliated and even had a Holiday party and a fund raiser. (Hey ... this is sounding like a real club!) I give my personal thanks to all the members and friends who have given their time, talents and in some cases, equipment to our organization.
If there is one thing that I could leave with you it is the quote that I read at our first meeting from Hiram Percy Maxim, co-founder of the ARRL, in the September 1927 OST magazine.

Greetings to all. The winter is now over, the sun spot cycle has passed it low point, and Field Day is approaching. WEARC continues to meet every Wednesday evening and is conducting VE sessions on the third Tuesdays of every month. I want to thank Ken Rosen, old WA2VCI. now W2KR. for his efforts in seeing that there are enough VE's to conduct these sessions each month. There has always been hams and prospective hams who come to these sessions to take the exams. Providing these VE sessions on a monthly schedule provides support the ham community.

The club is now in the process of selecting candidates for next years officers. WEARC is now completing its third full year of operations and we continue to hold our nucleus together as well as having new members join us. This year we are again going to conduct the Field Day operations at the Trotter Tract which is behind the Essex Fells Service Building. Our Chopper Brian Keegan, KF2HC, has started the preparations, and I expect we will have another successful weekend this June.

This past December we held our third annual holiday party at the club. Each year, it gets better. Everyone had a great time with excellent food and family camaraderie. I want to thank Joe Valley, WO2X, and Ann Keegan, KB2YTL, for coordinating the efforts and everyone who helped with the food and work contributed thus assuring another successful party.