On November 2, 2019, members of the West Essex Amateur Radio Club embarked on a ham-centered field trip to the battleship New Jersey located in Camden New Jersey. In attendance were members Bret, (AC2NI), Steve, (AC2EI), Phil, (KD2PQZ), Henry (KC2WRQ), Steve, (N2DH), with the group being led by our esteemed president, Don (K2DEG). We were warmly received at the entrance of the boat by members of the New Jersey Battleship Ham Radio Organization, NJ2BB, especially by member Dave Burgess. Dave expedited entry onto the ship and escorted us directly to the ham radio quarters. The setup was phenomenal, with separate stations for voice and CW operation. We were given an executive overview of the antenna array, which was impressive. All members were given the opportunity to operate 40 and 20 meters, with great success. We were also given a private tour of the original World War II radio room, currently under restoration and not open to the general public.

After our meeting with the Battleship Ham Radio Club members, the WEARC members decided to take a tour of the remainder of the battleship. To say this craft is expansive is an understatement. After four hours, we were able to tackle a modest portion of the open displays, each of which was more impressive than the next. This is not an expedition for the faint of legs. Climbing up and down to the different decks as well as into an out of the gun turrets was a chore but enjoyed by all. Making this visit especially memorable was the presence of the various guides on the battleship. Most of them had served on this craft in various capacity in years past and were uniquely qualified to provide concise insight on the daily functioning and operation of the battleship. We were fortunate to be the recipients of their experience and expertise, something which may not be available in years to come.

Subsequent to our tour, we were afforded access to the battleship wardroom. This is the dining hall on the ship where officers ate in years past and where we lunched together as a group. The sense of history that exudes from this craft is simply palpable and was a sentiment expressed by all of our members.. Of greater importance, camaraderie formed between the NJ2BB Ham Radio Group and are WEARC Ham Radio organization remain strong as ever. We will most definitely repeat this field trip in upcoming years both to enjoy the visit to the Battleship New Jersey as well as rekindle the bonds of friendship that ham radio invariably brings. 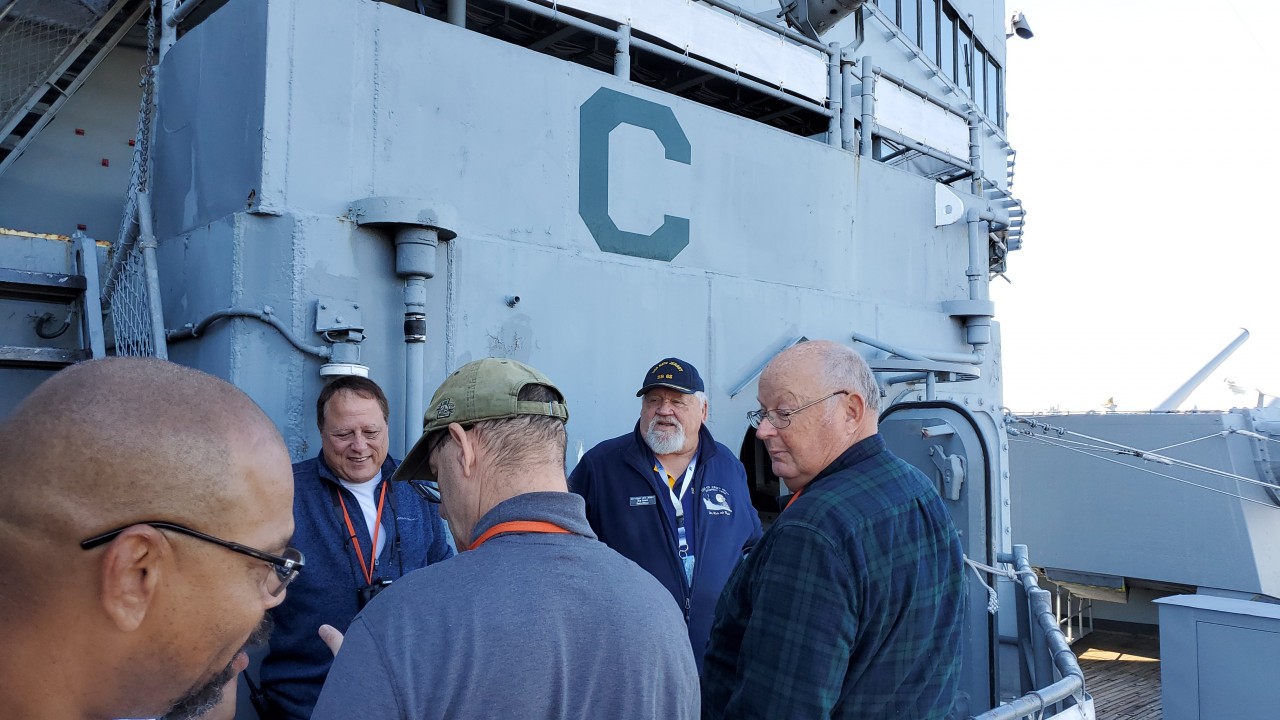