Sad passing of our President 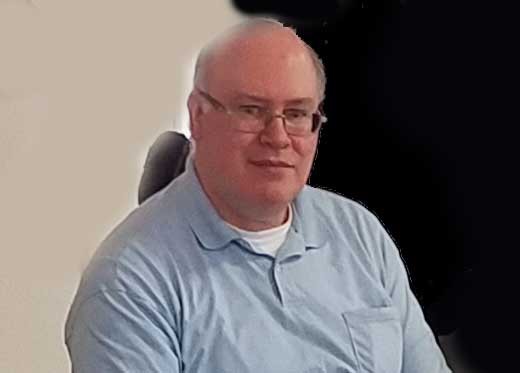 I am very sad to announce that John Weinfeld N2NO has gone silent key. He was our club president and will be missed by all who knew him. Rest in peace our friend. 73

I first met John on the front steps of the Grover Cleveland Junior High School in Caldwell, waiting for the doors to open on the first day of school.I was apprehensive of my first day at this new school, and John's cheerful welcoming demeanor and dry humor helped put me at ease.By stroke of luck, we wound up in many classes together.Shortly thereafter along came Alan Machbitz, K2AJV, and in the ensuing months and years the three of us became a unit.After we all transitioned to high school, the three of us got caught up in the CB Radio craze, and we all acquired CB gear and met regularly on the air, forming our own chat net of sorts.Around this time I introduced both John and Alan to Ham Radio.My father, an electrical engineer, was a ham since his own high school days, so, while I was not licensed yet, I was very familiar with the world of Ham Radio.John was very good in math, and he enrolled in an introductory Physics class in High School, and there discovered that the Physics teacher, Bill Grahn, was a licensed ham, and that the High School actually had a dormant radio club which included an equipped radio room and a beam antenna on the roof of the High School.Mr. Grahn happily reconstituted the JCHS Radio Club for us, and immediately encouraged us to get our Novice license, hosting sessions to help us with the Novice theory, and also to practice Morse Code (in those days you had to copy Morse Code at 5 wpm to get your license).As a trio, we all started attending the Livingston Amateur Radio Club(W2MO "mighty MO") meetings, where my father was President of the club.

When we were all ready, we ventured into Manhattan to take the license exam at the FCC field office there.We were with a couple other kids from the club and also the High School, and one of their parents escorted us into the City.It was a grand adventure which included nearly getting separated from our chaperone on the famed NYC Subway system.We arrived at the famed FCC building on Varick street, and we all took and passed our Novice tests.Of the three of us, John advanced to higher classes of license fairly quickly, though Alan and I lagged behind.Meanwhile, after we got our tickets, we all began participating in Field Day through the LARC club, of which I had already been attending LARC field days, always located at the Hilltop picnic area of Overlook Sanatorium on the Verona/Cedar Grove border. We all caught the Field Day illness, and we stuck with Field Day even after LARC withered and died, managing to get permission from Essex County to use the increasingly neglected Hilltop site until one year Essex County finally said 'No', and we had to find another location, which we did.

After we graduated high school, John elected to attend the University of Delaware at Newark to pursue a degree in Electronics Engineering.Ham Radio played a key role in shaping John's technology interests into adulthood, and also there was some mentoring help from my father in introducing John to the world of electronics.Once John graduated, he applied for a civilian job with the Department of Defense and was accepted for a position working out of Fort Monmouth, developing into a life-long career of public service supporting our nation's military. Much of his work at DOD was classified, but it did have something to do with communications, and he also developed expertise in what was then secret emerging technology that we all take for granted today:the Global Positioning System or GPS.John retired from the DOD several years ago, and took up tutoring children as an alternate career – a job he thoroughly enjoyed.

Throughout these years, John, Alan, and I kept in close contact – we continued to be a unit of sorts, and for many years we would hold weekly 'court' at Franco's Pizzeria in West Caldwell, where the waitresses, and owners all knew us by name, and they would order for us without us ever having to look at a menu.And of course, there was always Field Day.John liked to experiment with exotic wire antenna designs during field day, and frankly this would drive me a bit nuts because his antenna's rarely actually worked, to his own amusement.In the end I sometimes think John did this just to needle me, because we seemed to always be competing for last place in our operating category, and I, as a reasonably competitive guy, I didn't enjoy coming in last place.John didn't really care all that much about placement, but he did really enjoy trying out all those failed antenna designs.As he said himself once, at least we knew what didn't work!Indeed.

For some time John had been attending the Irvington-Roseland Amateur Radio Club, K2GQ.John invited me to give it a try, and I attended a few meetings but felt the club dynamics were not for me. Apparently, a number of IRAQ members felt similarly, and eventually decided to split off and start their own club – the West Essex Amateur Radio Club – WEARC.Interestingly, while John gave me a heads up that a new club was forming, John himself did not immediately join WEARC, so I wound up being one of the "founding members" where John was not, but he did join soon after the club was incorporated, and eventually stopped participating in IRAC and devoted his energies to WEARC instead.Alan also joined for a time, but eventually moved farther away making attendance difficult.

Over the years WEARC was a consistent part of our lives, and John was eventually elected President of the club, a capacity he served in for many years, and I believe I am not mistaken that he became the longest serving President of the club, either coordinating or officiating over club activities, particularly the annual Grover Cleveland Special Event, Field Day (of course), and V/E Sessions, providing many aspiring hams with a conduit to obtain their license.

It is here that the story comes to a rather shocking close.John developed a serious rare illness, though his Doctors were optimistic, John suffered a series of cascading health set-backs in rapid succession, and after a short, tough fight, succumbed to the illness.N2NO is now a Silent Key, having now joined the other WEARC luminary President Emeritus – Joe Valley, Bob Lange, Brian Keegan, Bob Marsh and Tom Simko (Tom also passed away too soon, and tragically).

I have known John Weinfeldt for more than 40 years, and our lives were very much intertwined.To understate it, he will be missed.

73 Old Man, until the propagation allows for us to meet again,

The New Beginning - From Our President Donald Salt...
We did some great DX that day