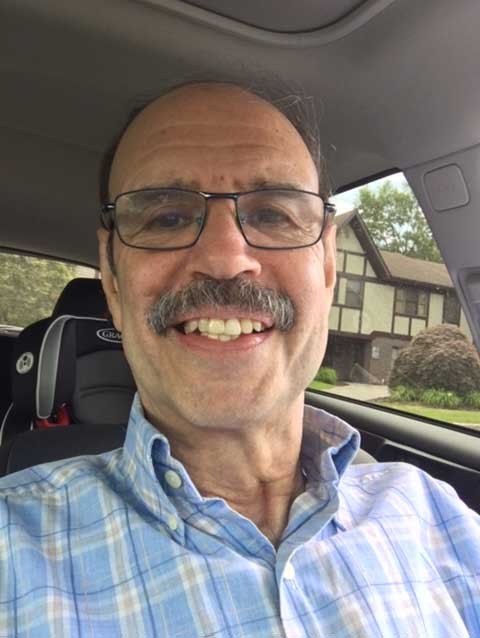 My interest in ham radio began when I was a sophomore in high school, age 14, and KN2VVN demonstrated his ARC-5 World War II receiver and transmitter. Having told me about all the countries he previously contacted I was somewhat surprised when all I heard were these strange sounds of dots and dashes, and yet, there was something about putting on the headphones and hearing the code for the first time that fascinated me. It was like joining a secret society and thus my beginnings in ham radio.

My first rig was the crystal controlled Heathkit DX 35 and National 300 receiver. I remember the excitement of attaching a dummy load (lightbulb) to the RF output connector fiddling with the driver and antenna controls and watching the bulb light up, Eureka. The dummy load was replaced with a 40 meter halfway dipole fed with twin lead into a balun. A few years later, I graduated to the Heathkit DX 100 and Mosley TA-33 triband antenna mounted on top of a 40-foot telephone pole.

During my college years, ham radio took a backseat aside from my Heathkit 20 meter mobile sideband transceiver mounted in a Volkswagen with a six-volt electrical system. I think my girlfriend at the time was upset when we drove up to Garret Mountain. I wanted to work DX she had something else in mind.

In my late 20's I got back into the hobby with the Kenwood 820, received my advanced and amateur extra tickets and became addicted to CW. I was so proud to hang up the ARRL 30 words certificate in the bedroom radio ham shack even though no one knew what that meant. It was a time of active repeaters, phone patches, and excellent band conditions.

Ham radio took the second backseat in my 30's when I became enthralled with computers. Being financially strapped, I sold the Kenwood 820 and purchased the RadioShack TRS 80, 4K, microcomputer complete with cassette storage.My involvement with Basic, Fortran, and assembly languages will discuss at a later time.

Jumping ahead to my seventy plus years, I returned to active ham radio with an Icom 7600, PW-1 amp and two Icom VHF Dstar transceivers. My dream of finally running the full legal limit did not last long. The need to move closer to help rear the grandkids resulted in a move to a condominium where amplifiers and noticeable antennas are a no no.

Thus, the never-ending story continues. I been the treasurer of the Chestnut Ridge Radio Club for the past 7 years and coming late to WEARC meeting, unqualified Vice President for one year.
Tweet
×
Stay Informed

My new Kenwood TS890
The New Beginning - From Our President Donald Salt...