I've been out a number of times with the guys running portable, but always using all or mostly their stuff. I was hemming and hawing over batteries and first portable antennas. But sooner or later you just have to jump in.

I recently purchased a Bioenno BLF-1212A and made a 20M dipole. I chose the battery mostly due to its max continuous current draw of 20A which I figure will cover just about anything I might do.

With that there was only one more thing to do... get out there and solo. (I expect many of you will recognize the location at Eagle Rock.) 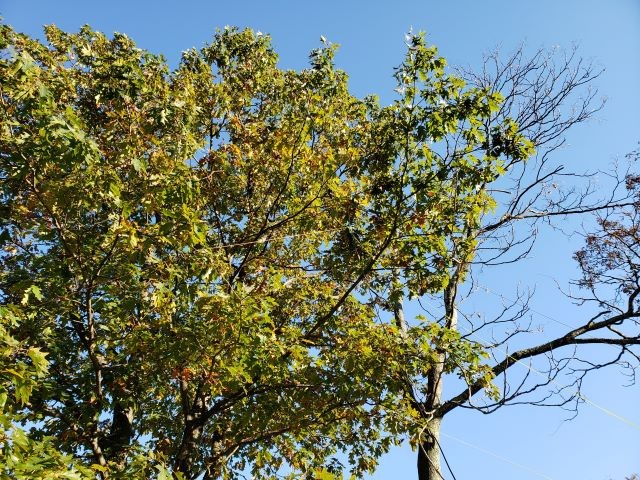 It took a couple of tries to get the antenna situated. Stupid human tricks... it works a lot better if you uncoil the coax first and then pull the antenna up. That's the point of doing it yourself. But it was up in no time, inverted V-ish. I used the grills at this location to tie off the ends of the dipole, although I did bring a couple of screw drivers (I need to get tent pegs) but didn't use them. If you squint just right you'll see it in the picture.

The antenna uses a 3D printed center and insulators. I don't have a choke at the center yet. The legs are 12 gauge bare braided wire. The center connection is BNC and I have a 40' piece of coax with BNCs at both ends and UHF adapters (only one used). 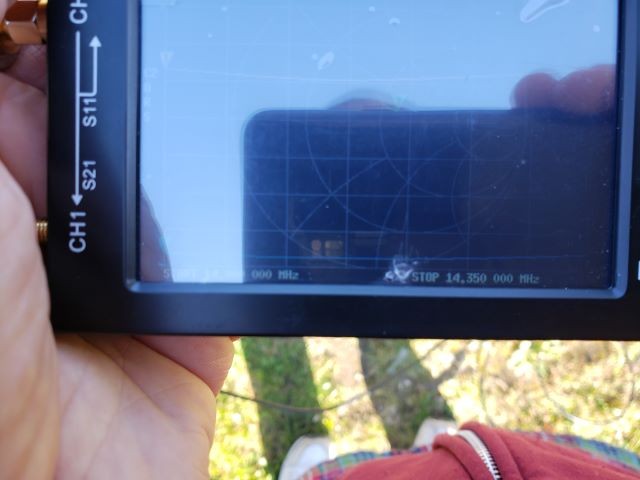 Then came the moment of truth. I had measured carefully, but my luck with antennas is not good. A quick check with the Nano VNA looked good although the photo is horrible (I may print up some light shield for this thing as they are tough to read in the sun). The SWR seemed good across the entire band (that barely visible curve near 1:1) so I was all clear. 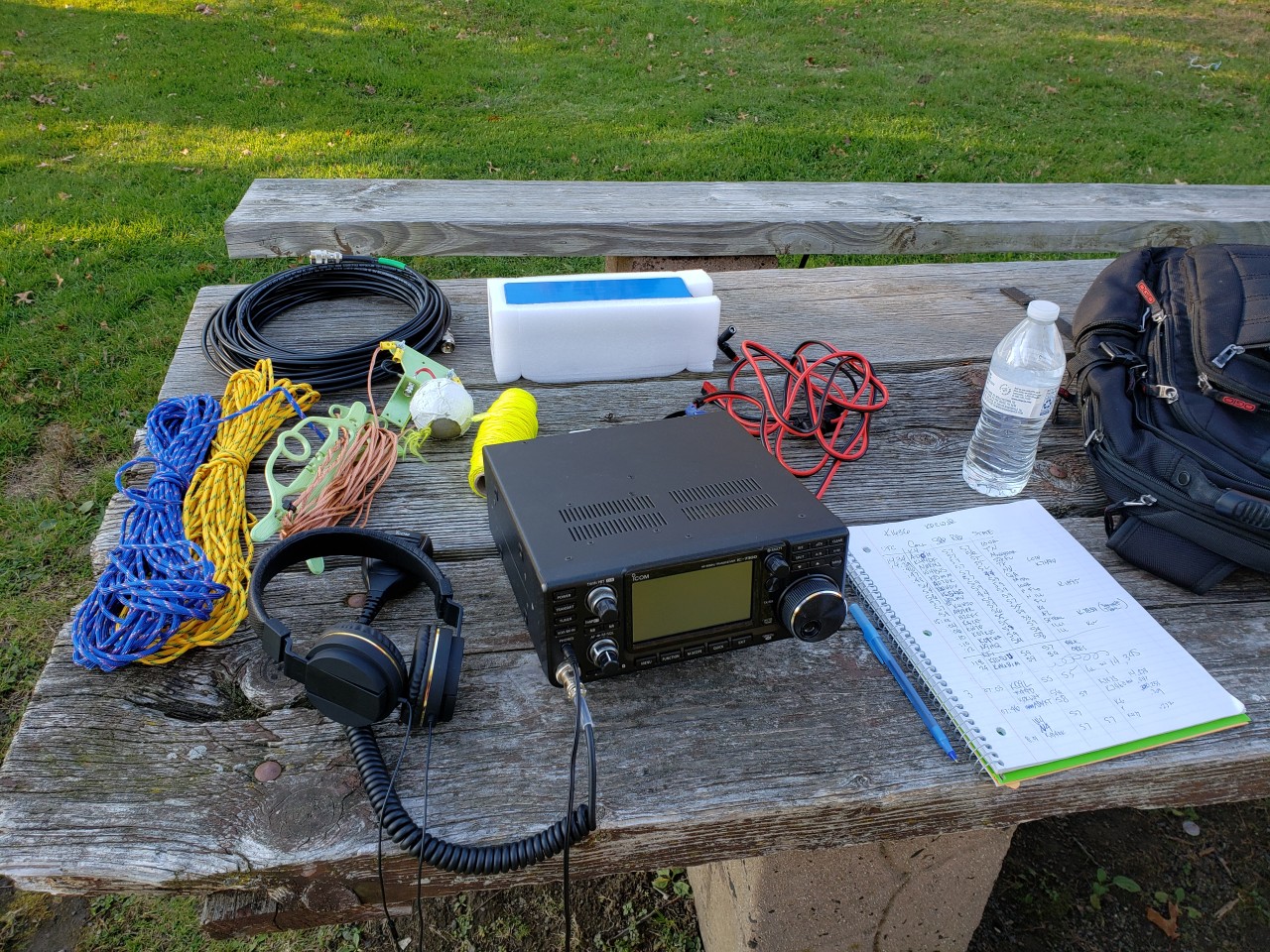 I then hooked up my (10 lbs.) 7300 and battery and was off to the races. I started at the the top of the band and rolled down to the first POTA I found and made a quick contact at 20W in Illinois. I got a good signal report and could hear easily. I then tried for some time without making a second contact. I was receiving many stations beautifully, but couldn't break through any of the pile-ups. At one point I turned the power up to 40W and then quickly made some more contacts also with good signal reports. I wasn't trying to activate the park, and wasn't calling Park-to-Park.

I only had a couple of hours so it was soon time to pack up. All in all, a great day.

I've been considering a smaller radio for portable. (Did I mention mine is 10 lbs.?) Most of these are lower power and many are more expensive than my 7300. I've been hoping that a lower power, less expensive radio will do well portably. I've read many times that power doesn't matter much (you need to double... S unit... ), and I believe all of that on an open band. But my experience with the guys and on my own, is that while 10W or 20W will get you across the country without competition, that once you are competing with other Hams to make a contact, power does matter. So my plan at the moment is to stick with my 10 pounder and keep experimenting with how much power I really need.

Pictured here is my complete kit and it does all fit in my pack. I just wouldn't want to have to hike too far with it.

To everyone who put up with all the questions and let me use their radios and batteries and antennas, Thanks. Little by little I'm getting there.